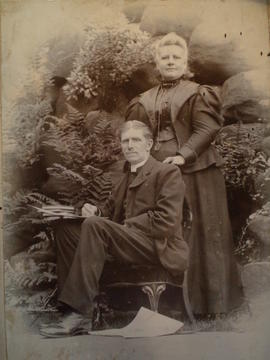 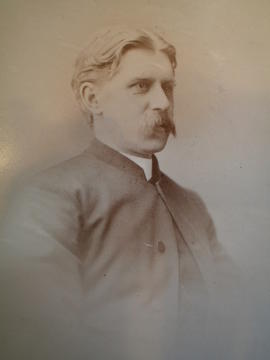 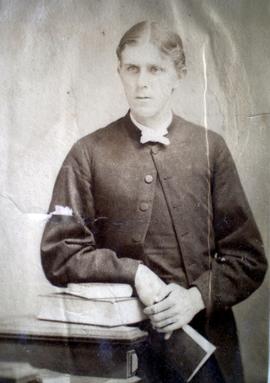 Christopher Rawson was born in England on October 20, 1842, and was educated at Eton. The family came to Canada in 1859 and settled in Lennoxville at Elmwood, the former residence of Rev. Lucius Doolittle. Christopher Rawson was a student in arts and theology at Bishop's College from 1861 to 1866. He won the Prince of Wales medal in 1865 and was Mountain Jubilee Scholar in 1866. He received his M.A. in 1868. On December 28, 1865 he married Jane Amelia Forsyth Grant, daughter of Charles Forsyth Grant of Montreal. A daughter, Mabel Rawson was born on November 1, 1866. Christopher Rawson was ordained in 1867. He served first as curate at Picton, Ontario, and in 1870 was appointed assistant minister at the Cathedral of the Holy Trinity, Quebec City, a position which he held until 1883, when he returned to England. He died at Brathay, in the English Lake District, on July 29, 1899.

This scrapbook was maintained over many years by descendants of the Rawson Family. Christopher Rawson, "Kit", was a graduate of Bishop's University.

The family papers of Christopher Rawson contain correspondence, pamphlets, photographs, and ephemera pertaining to Bishop's College and Quebec City in the 1860's, 1870's and early 1880's.

Condition of items within the scrapbook vary from good to poor. The book is large and closed with a leather strap. Some pages are torn and have come apart from the binding due to the weght of the folded letters. All the correspondence remains folded and inside the original envelopes which are pasted to the pages.

The fonds was donated by William R.M. Converse of Winnipeg and Naomi Rawson of Montreal in 1984.

The scrapbook as a whole is an interesting piece. It was decided to leave the correspondence folded in their original state, which may not be advisable for the long-term for conservation purposes. Due to the special nature of this item, original order has been maintained.