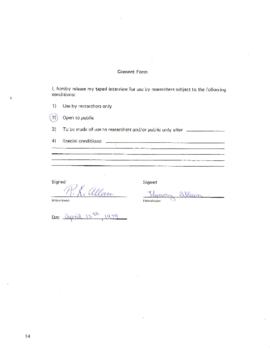 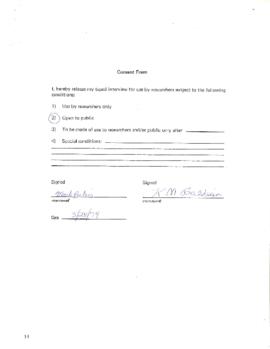 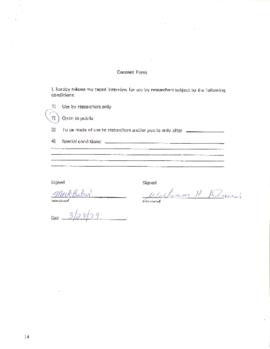 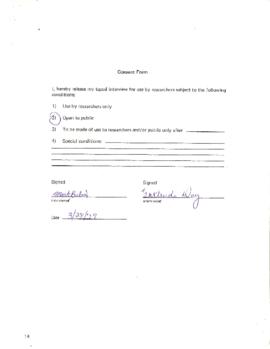 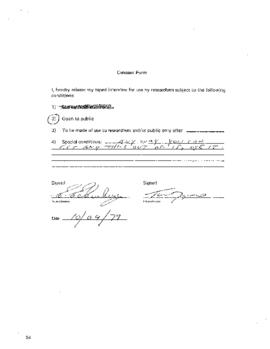 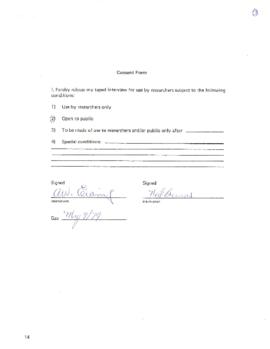 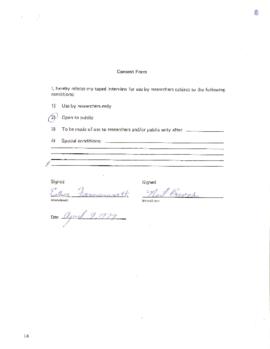 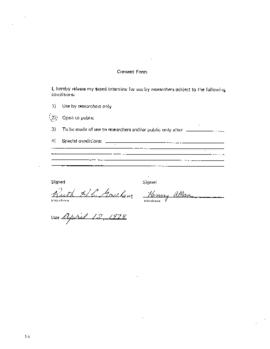 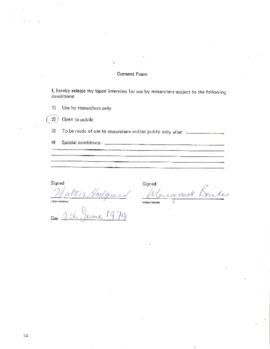 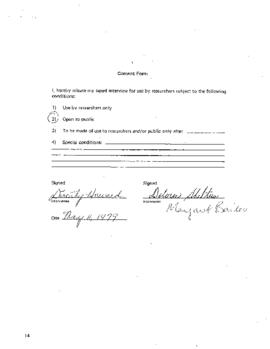 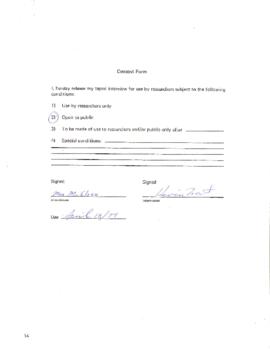 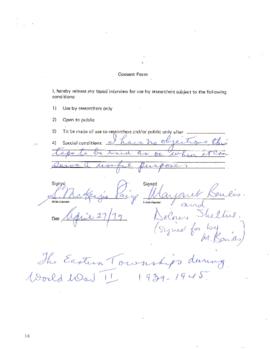 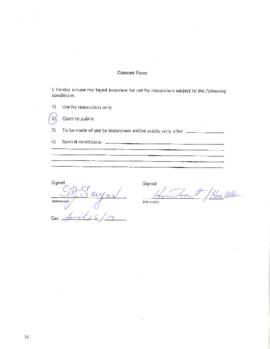 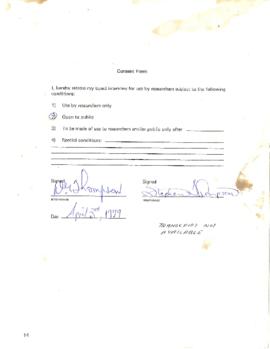 Tom Martin, who taught at Champlain Regional College, Lennoxville for 20 years, was born in Athens, Ohio on 18 May 1938. He received a B.A. in English Literature from Georgetown University in 1960, an M.A. in Russian Area Studies from Yale University in 1964, an M.A. in Political Science from the University of Chicago in 1965, and a Ph. D. in History from the University of Toronto in 1972. From 1972 to 1992, Martin taught history and political science at Champlain. One course he offered on a few occasions was on regional history. In 1977 and 1979 students in this course were required to carry out oral-history projects. The students interviewed and taped senior citizens' recollections of life in the Eastern Townships during the Great Depression of the thirties and during World War II.

The fonds contains source material on the daily life of the English-speaking community in the Eastern Townships during the Depression and World War II. It consists of a brief description of both projects, the tape recordings, the transcripts, the consent forms, summaries of the majority of the interviews, and the students' term papers. The fonds is comprised of the following series: Oral History Project "Depression Years 1929-1939" (1977-1978) and an Oral History Project "The Eastern Townships During World War II" (1979-1982).

The Townships Sun published the transcripts of the interviews on the Depression in June 1978.

Some interviews cannot be consulted without the authorization of the interviewed person.

Previously known as Oral History, Depression Years in the Eastern Townships and Oral History, The Eastern Townships During World War II.
Title based on contents of fonds.
In the fall of 2009 , the Public History class (H450) completed an Oral History project under the supervision of Jean Manore and Chloe Southam. The project consisted in digitalizing a portion of the interviews from tape to Wave file. Interviews from tapes P059/001.02/001 to P059/002.02/039 are now available on DVD format., DVD 1 to 5.
The fonds was donated in 1979 by Tom Martin.
Weeding, Classification system, arrangement, staples and paper clips removed.
Most of the documents are in English, some in French.