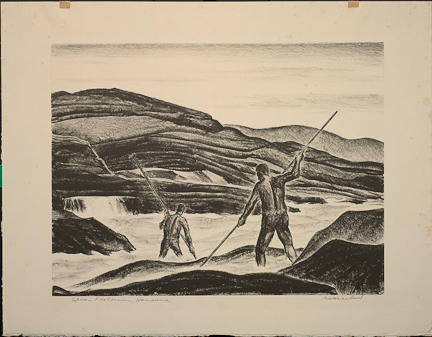 Alexander Samuel MacLeod also known a A.S. MacLeod was painter and print-maker. A Canadian by birth, Mr. MacLeod studied art in San Francisco, was with the A.E. F. in wartime France, doing mapping and panoramic sketching with the Engineers. He went to Honolulu in 1921 and this is where he had has made his best known pictures in watercolour, oil and lithography. He has won prizes with the California Society of Etchers in 1930 and with the Northwest Print Makers in 1934. He retired to Palo Alto California where he died in 1956.