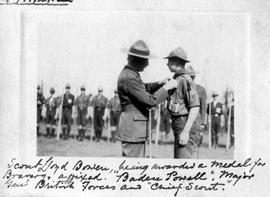 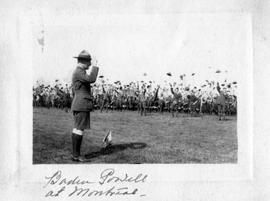 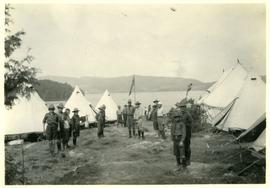 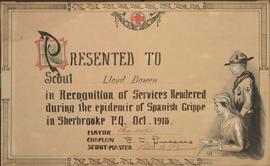 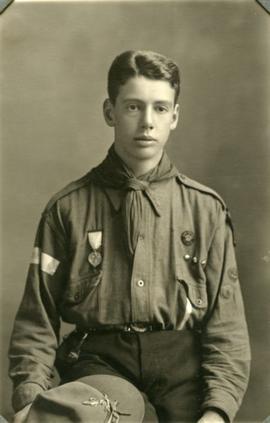 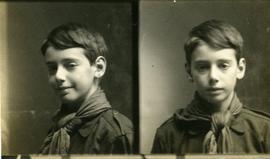 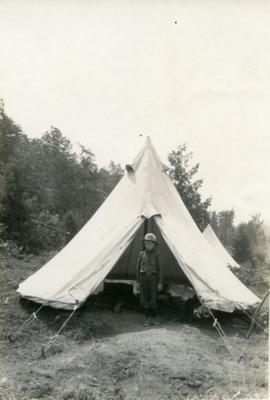 The file contains primary source information on the involvement of Sherbrooke, QC's Lloyd H. Bowen in scouting from 1918 to 1928. It consists of correspondence dated 1918 from and to Ethel S. Paton, relating to an act of bravery performed by Lloyd H. Bowen; permits issued in 1918 to Scout Lloyd H. Bowen to raise funds or collect material for the Red Cross Society and the Sherbrooke Patriotic Association; a certificate recognizing the Boy Scouts work during the Spanish flu epidemic in Sherbrooke; two letters dated 1921 from William Giovetti and a certificate announcing the nomination of Lloyd H. Bowen to the rank of Troop Leader and Assistant Scoutmaster; and notes and a photocopy of a press clipping relating to an address "My Impressions of the West", given by Lloyd H. Bowen at a weekly meeting of the Sherbrooke 2nd troop in April 1928. Among the photographs are: four photographs taken when Lloyd H. Bowen received the Medal of Bravery from Lord Baden-Powell on the occasion of the Chief Scout's visit in Montreal in 1918; the Second Sherbrooke Boy Scouts in camp at Lake Massawippi in 1921; the Lynx Lair with boys in front; and photographs of Lloyd in his scout uniform.

Some of the photographs are also available in digital format. .

Researchers may also consult the archives of the Sherbrooke District Council of the Boy Scouts of Canada (P099).