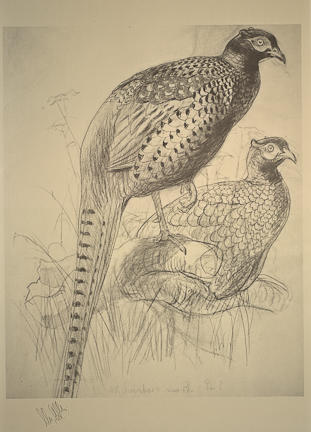 Joseph Wolf (21 January 1820 - 20 April 1899) was a German artist who specialized in natural history illustration. He moved to the British Museum in 1848 and became the preferred illustrator for explorers and naturalists including David Livingstone, Alfred Russel Wallace and Henry Walter Bates. Wolf depicted animals accurately in lifelike postures and is considered one of the great pioneers of wildlife art. Sir Edwin Landseer thought him "...without exception, the best all-round animal artist who ever lived"'.
Source: Wikipedia https://en.wikipedia.org/wiki/Joseph_Wolf