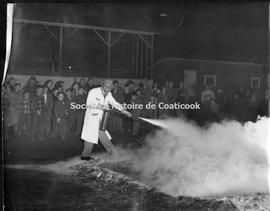 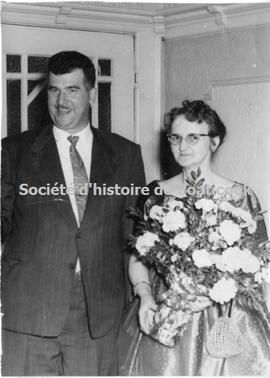 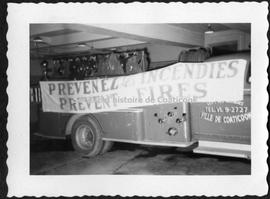 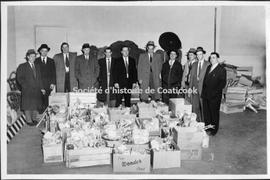 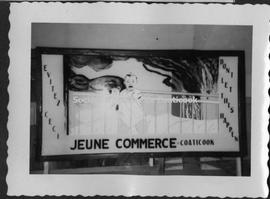 The City of Coaticook’s fire brigade had its start with the incorporation of the town in 1864 and began with bylaws to help reduce the likelihood of conflagration. By the late 1880s, Coaticook had its first organized fire brigade, called the Deluge Fire Company. A second brigade was added in 1898, called the Beaver Fire Company. Over time, the Coaticook Fire Department added various equipment, such as a steam fire pump in 1887, which marked the official beginning of the department.
Over the years, Coaticook had a number of major fires dealt with by department: in 1890, a number of buildings on Child and Main Streets succumbed to fire; in 1895 a fire destroyed a large part of the downtown; a third major fire in 1949 began in the Hotel Child and went on to destroy a number of other buildings, including the first building of the St-Jean-l’Évangeliste church.
In 1976, the firefighting services of Coaticook, Dixville, Ste-Edwidge and St-Herménégilde and a reorganization of the services was undertaken. Today, its principal mission is to assure the protection of the lives and property of the approximately 12,000 citizens situated in its member municipalities, which are spread over a territory of approximately 564 km2.

Fonds illustrates the activities of the police force and firefighters of Coaticook from about the 1940s to the 2000s. It consists of photographs, newspaper clippings, design proposals for a new police badge in the 1990s, certificates and photographs of Gérard Groleau (police chief from 1948-1968), a history of the police force, and a police manual. The fonds is composed of the following files: Scrapbook, Gérard Groleau, Coaticook Police Badge, and History of the police and fire services.