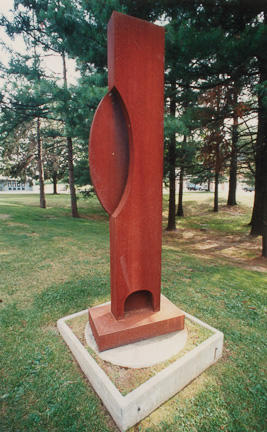 David Sorensen was born in Vancouver, British Columbia in 1937. He studied at the University of British Columbia and the Vancouver School of Art under painter Jack Shadbolt, (1909-1998) architect Arthur Erikson (1924-2009) and sculptor Bill Reid (1920-1998). He moved to Montréal, Québec in 1965, exhibited sculptures at Expo ’67, and held teaching positions at Montréal Museum School of Art and Design, the Saidye Bronfman Centre and Dawson College. He began exhibiting his paintings across Canada and internationally in Mexico, Switzerland, Italy, Japan, Hong Kong, the Philippines and France. In 1976, he moved to the Eastern Townships of Quebéc with his wife Bella and their family. He taught in the Fine Arts Department at Bishop’s University from 1981 to 2000. His work is represented in Private and Public Collections such as the Musée des beaux-arts de Montréal, Art Gallery of Nova Scotia, Hamilton Art Gallery, Martineau Walker, (Montréal and Toronto) Avnet Shaw, (New York) and many others.
David Sorensen was inducted in the Royal Canadian Academy of Arts in 1996. He died in Montréal in 2011.