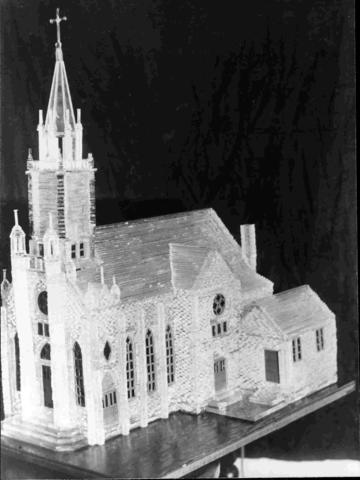 Cyprien Tanguay (1886-1986) married Delvina Couture (1897-1985) on 12 September 1916 in St. Herménégilde. Together they had at least two childred: Jeannette (1916-1989), Lucien-Paul (b. 1923). In 1927, Cyprien opened a grocery store on Cutting Street in Coaticook. The store, though not as large as that of D.S. Bachand on Main Street, was particularly popular with the children who attended school on Pleasant Street (presently Gérin-Lajoie), who came in to buy penny candy.

Made in glass by Modeste Bergeron for a draw