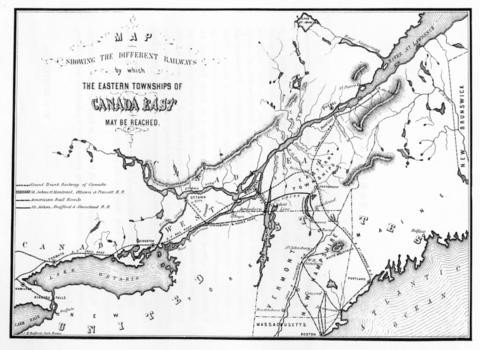 Item is a reproduced map showing the railway lines of the Eastern Townships, southern Quebec and the northern part of New England in about the 1880s. The railways lines included are those of the Grand Trunk Railway, St. John's & Montreal Railway, Otttawa & Prescott Railway, Stanstead Shefford & Chambly Railway as well as some American railroads.