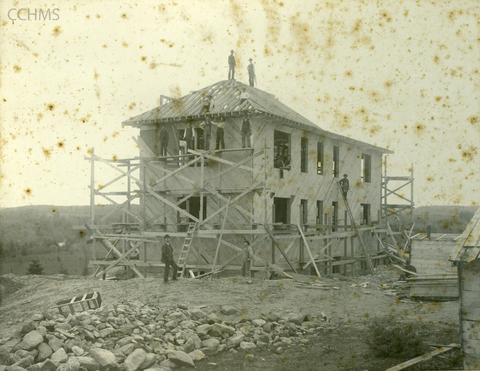 From "History of Compton County" by L. S. Channell: Cookshire was incorporated as a town in 1892, previous to this it formed part of the township of Eaton. The first hotel was erected in 1850, built by Horace French who settled on the west side of the road leading from Cookshire to Eaton Corner (formerly owned by Esra Taylor) opposite the street coming up from C. Frasiers. The hotel was known as the Learned Hotel.

The item is a photograph of the Learned Hotel under construction in Cookshire, showing people on and around the building.