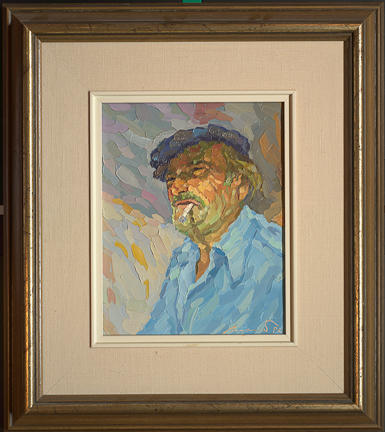 Manos Rovithis was born in Athens, Greece in 1927. He was raised and educated in Paris, France, where he attended the Grande Chaumière Art School. Manos' work carries the influence of Alfred Dufatrel, an impressionist painter and family friend. After exhibiting in France, Germany and Greece, Rovithis came to Canada in 1963. Since coming to Canada he has worked exclusively with his palette knife instead of a brush. He felt that the palette knife technique allows him greater freedom of expression. Manos Rovithis died in London Ontario in 1998.

This painting was donated in 1994 by Mr. Francis O. Lajoie in memory of Dr. A.W. Preston.