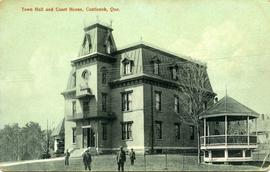 The item is a postcard with a photograph representing the Town Hall and Court House of Coaticook, Quebec. There is a gazebo on the right side and 4 people in front of the main building.

File presents the relationship between Belding-Corticelli and the Town of Coaticook from 1945 to 1974. It consists of correspondence regarding damage caused to the plant's building during explosive blasts during dam operations, town referendums concerning taxes and municipal works and noise complaints from residents against the plant, as well as a speech made by a Belding-Corticelli manager to Coaticook's mayor and councillors. 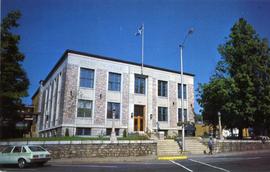 File presents Belding-Corticelli's interest in the replacement of the Child Street retaining wall in Coaticook from 1955 to 1969. It consists of correspondence between Belding-Coricelli's managers, expressing concern over the state of the retaining wall, and the muncipality, as well as newspaper clippings. 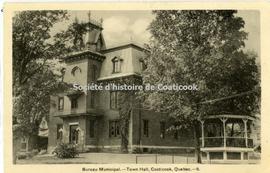 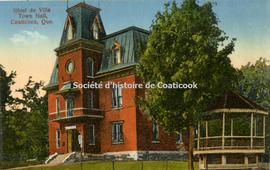 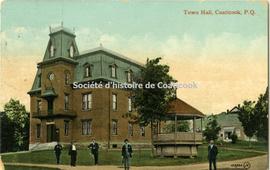 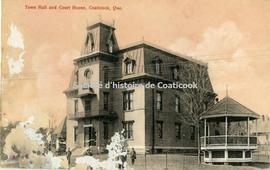 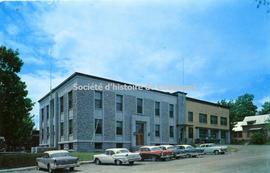 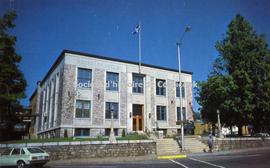