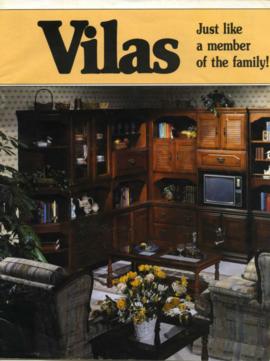 The item is a catalogue from the Vilas Furniture Company in Cowansville from around the 1980s. 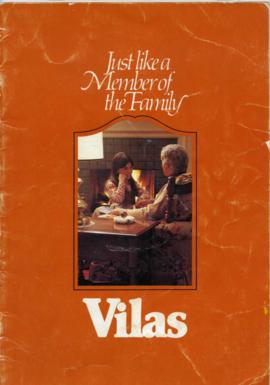 The item is a catalogue from the Vilas Furniture Company in Cowansville from around the 1970s. 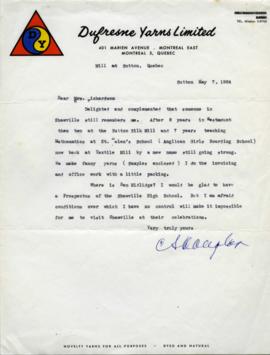 The file contains primary source information on the professional life and interests of Cedric S. Douglas from 1911 to 1964. It consists of documents from other employment such as Sutton Silk Mill (later Dufresne Yarns Limited) and a personal printing business, along with correspondence from W.L. Shurtleff on reciprocity.

Diary of a Canadian Teacher

The file consists of the diary of a young teacher named Mabel during the time of the settlements in the Eastern Townships. The diary is titled "Leaves from the Diary of a Canadian Teacher in 1836". It follows the twelve weeks period in which Mabel travels to a town or village to be a teacher (maybe Bondville, Knowlton). It contains information on everyday life, such as the way the houses were built in that area, the accommodations where Mabel was boarding, the type of food she ate and the way religion was celebrated and perceived by some. The author also gives information on many families such as the Furniss', the Burtons, the Carnes, the Murrays and the Wests. She also speaks of a Mr. Gardner, who is later arrested and thrown in the Sherbrooke jail and of a "brother Clifton" who owns a small grist mill. There is also a passage on the economy of the region, in which Mabel explains the process of making "Salts" (a.k.a. potash and pearlash). She mentions some of her students and their academic background, but all in all, there is little information on school life. 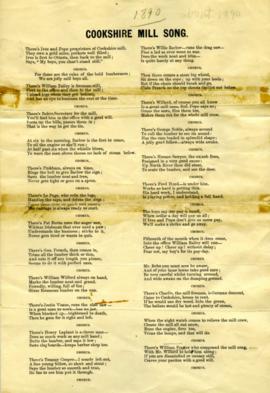 The item are lyrics to the "Cookshire Mill Song," composed by William Frazier around 1890.