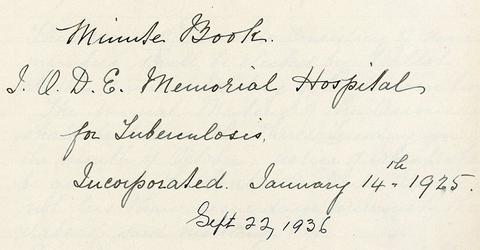 The documents were found in the I.O.D.E. Municipal Chapter of Sherbrooke fonds (P060). As it does not have the same provenance as P060, it was necessary to create a new fonds.

Title based on contents of fonds.
The documents were donated in two accessions (1983 and 1988) by Marguerite Cotton, Regent of the Aldershot Chapter, along with documents related to the I.O.D.E. Municipal Chapter of Sherbrooke.
The documents are in English.