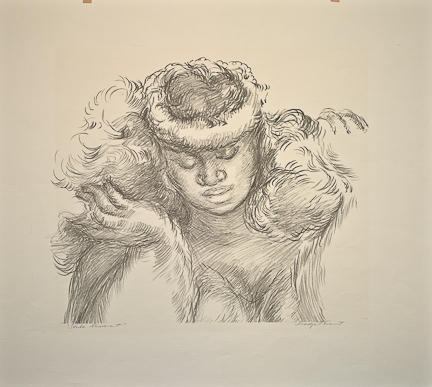 Madge Tennent, born Madeline Cook in Dulwich, England, moved with her family to Cape Town, South Africa when she was five. At the age of twelve, she entered an art school in Cape Town and following year her parents, who recognized and encouraged her talent, moved to Paris to enable Madeline to study there. In Paris she studied figure drawing under William Bouguereau, an experience that laid the technical foundation for her later figural drawings and paintings. She and her family subsequently returned to South Africa, and after her marriage in 1915 to Hugh Cowper Tennent, she relocated to his native New Zealand.