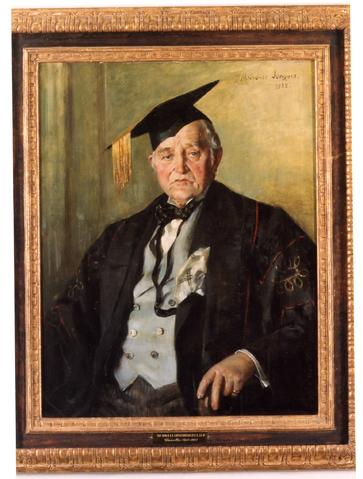 Alphonse Jongers, a French painter know widely for his portraits, was born in Mézières, France in 1872. His education includes a Bachelor degree in literature from the University of Paris; as well, he studied art at École des Beaux-Arts in Paris from 1889 to 1892 , under French painters , Alexandre Cabanel (1823-1889) , Robert Delaunay (1885-1941) and Gustave Moreau (1826-1898). Later he won a scholarship and spent two years in Madrid, Spain, copying the works of Diego Velasquez (1599-1660). While in Madrid he met American Portrait artist John Singer Sargent (1856-1925). He came to Montréal in 1896 and began doing portraits both in Montréal and New York. He died in Montréal Quebec in 1945.
Source: MacDonald, Colin, "A Dictionary of Canadian Artists", Canadian paperbacks, Ottawa, 1971.