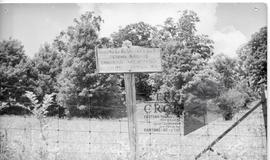 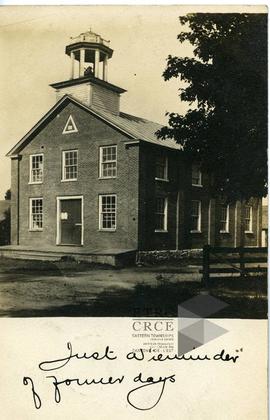 Gordon Kohl was born in England on 6 January 1919. It is not known where he was born, but he studied at Sault Ste. Marie Primary School, Argyle School in Westmount, Lower Canada College, Upper Canada College, and McGill University, where he obtained a B.A. in 1942 and a Bachelor of Law in 1948. He first had a private practice, then worked as counsel to the Canadian International Paper Company, and finally returned to private practice. In 1975, Kohl moved to Georgeville, where he continued to practice as a lawyer. Besides conducting his professional practice, Kohl was the owner of Swairns Farms in Georgeville, bred cattle. He was a member of many breeders' organizations and participated successfully in many agricultural fairs. In the 1950s Kohl bought a country house at Eccles Hill and subsequently developed a keen interest in the history of the Fenian raids. He died on 11 January 2001.

Kohl shared his interest for history with Isobel (Millen) Bancroft, an aunt of his wife. Bancroft was born in Montreal on 15 February 1894. In 1923, she married Melbourne Tait Bancroft. Bancroft obtained a B.A. from McGill University at the beginning of the 1920s and an M.A. in sociology from Université Laval in Québec City at the end of the 1940s. Over the years, she was involved in many literary, university, and historical associations. At the end of the 1950s, when her husband retired, she moved to West Shefford and then Cowansville. In 1974, on the death of her husband, she moved to Ottawa, where she died on 24 June 1976.

The collection contains source material on the Fenian raids of the 19th century; the re-enactment of these raids in 1959; and the history of the Eastern Townships in general (especially Shefford, Sherbrooke, and Stanstead Counties). It consists of documentary materials of various kinds, including press clippings, correspondence, research notes, reports, maps, and booklets. The collection is comprised of the following series: Fenian raid of 1870 ([1931?]-[1981?]), Historical Societies ([1958?]-1970), History of the Eastern Townships ([1959?]-[1971?]), Artefacts ([18-?]-1962), and Miscellaneous Documents ([1960?]-[1976?]). Photostats from the National Archives of Canada of reports written in 1870 by the military officers at Eccles Hill and of the Map of the Counties of Shefford, Iberville, Brome, Missisquoi, and Rouville by H.F. Walling are part of the collection.

Previously known as the Bancroft-Kohl collection.
Title based on contents of collection.
Among the photographs, there are 8 acetate negatives.
The documents were donated in 1990 by Gordon Kohl and Isobel Bancroft.
The documents are in English, except one in Italian.