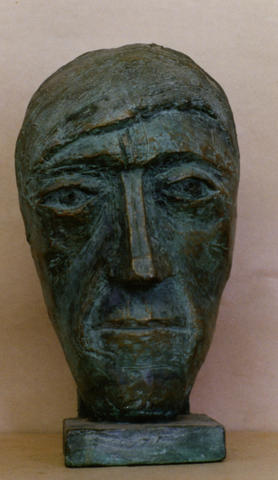 Peter Whalley, the younger brother of George Whalley, was one of the first cartoonists in Canada to display a warped, sardonic sense of humour on the editorial pages of a newspaper when he started drawing for the Montréal Standard in the early 1940s. Whalley, the son of an Anglican clergyman, was born in Brockville, Ontario in 1921. He grew up in Halifax where he attended the Nova Scotia College of Art. He died in St. Jerome, Quebec in 2007.
Source: Excerpted from article" Cartoonist displayed sardonic humour" by Alan Hustak in the Montreal Gazette, 22 September, 2007.