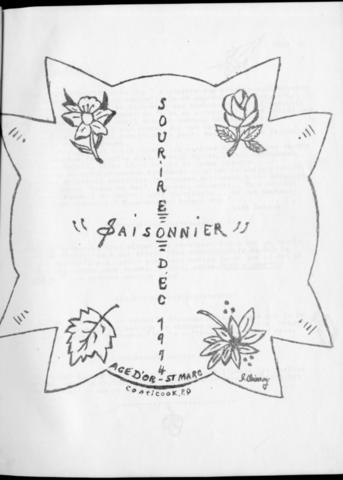 Saint-Marc’s golden age club was founded in 1973 and received its letters patent in 1974 under the name of Club de l’âge d’or de St-Marc de Coaticook. Initially organized through paid membership to the club, it offered monthly activities such as card parties, games, and art workshops as well as organizing group trips. More often known as Sourire à la Vie, the club also published a seasonal newsletter for its members. The Club met for a long time in the basement of the Saint-Marc Catholic Church in Coaticook until the church’s closure and sale in 2010. Following this, the club began to meet in the reception room of L’Épervier in Coaticook. In 2014, the club celebrated its 40th anniversary and was composed of 90 members.

The early newsletters have been bound.