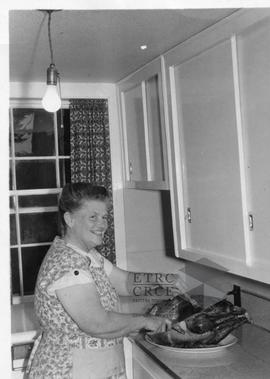 Title based on contents of fonds.
The documents were donated in 1994 by Margaret Stalker, the Denison Mills Women's Institute's last president.
The documents are in English.