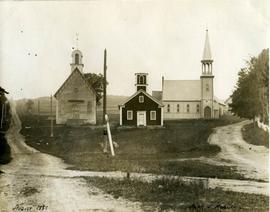 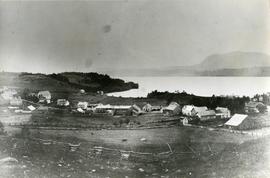 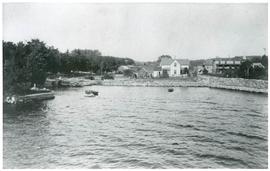 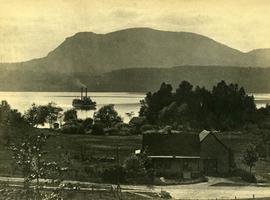 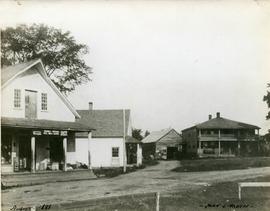 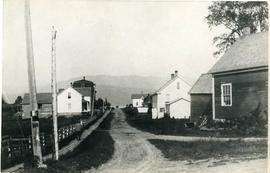 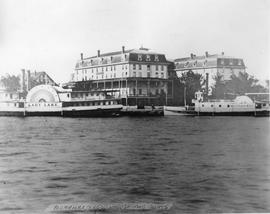 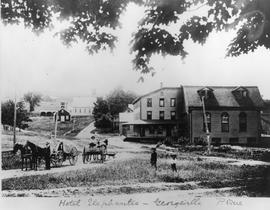 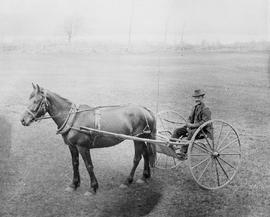 James Everett Davidson and his son James Arlington both worked as contractors and builders in Georgeville. James E. Davidson, born in Brigham, Quebec on the 7 March 1860, was the son of William Davidson and Caroline America Everett Beach. On the 1st of January 1883, he married Annie Myrtella Brevoort (the daughter of James Gunn Brevoort and Janet Hurst). He built boats, furniture, and many summer homes in the Lake Memphremagog region. J.E. Davidson died 25 August 1933, at the age of73. James E.'s son, James Arlington Davidson was born in Georgeville on 17 October 1891. James Arlington married Margaret Hazel Merrill and had two daughters, Jean and Janet. He lived almost all his life in Georgeville, working there at first with his father and later alone. In 1977, he wrote a booklet entitled Copp's Ferry Georgeville 1797-1977. He died on 24 February 1979, aged 87.

The documents of the 'Georgeville' series, which contains the fonds' photographs, were compiled by James Arlington Davidson when he wrote Copp's Ferry Georgeville 1797-1977.

The fonds contains source material on the activities of James Everet and James Arlington Davidson in the Georgeville-area building industry from 1890 to 1945. It is also of value as a source of information on the history of Georgeville, once called Copp's Ferry, on the Brevoort family, and the Georgeville Cemetery Association Inc. The fonds consists of ledgers, correspondence, contracts, histories, press clippings, and photographs. It is comprised of the following series: Account Books (1890-1938), Contracts (1931-1945), Georgeville (1856-1981), Brevoort Family (1858-[197-?]) and Miscellaneous Documents (1831-1984).

Title based on contents of fonds.
The documents were donated two accessions in 1984 by Janet Clark, daughter of James Arlington Davidson.
The documents are in English.