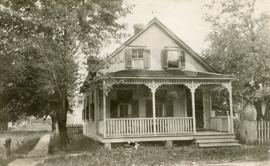 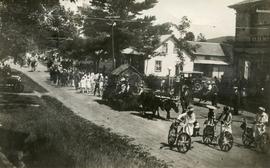 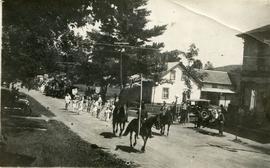 The file contains primary source information on the life of Barbara Rose (Eardley Wilmot) Constable from around the years 1917 to 1942, 1962 to 1963, and 1993 to 1996. It consists of a memoir of a childhood Christmas, documents, including handwritten notes, pertaining to her father's life and his career in the Church, correspondence regarding her father's passing, a copy of "A Short History of the Diocese of Quebec. 1793-1993" by James T. Sweeny with Barbara's name written on it and some handwritten notes at the back, photographs of a Canada Day parade in Hatley and Hallowell Cottage in Sherbrooke, and a hand-drawn map of the houses in Sherbrooke which she visited as a child and some of their occupants.