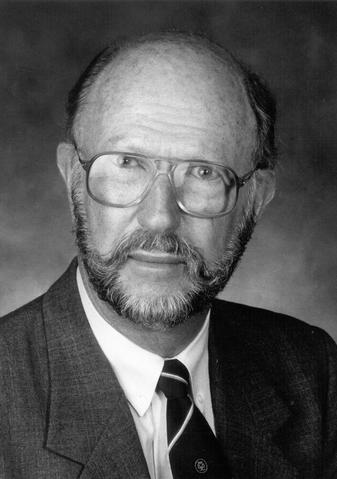 Arthur John Motyer was born December 15, 1925 in Hamilton, Bermuda. He attended Saltus Grammar School and later Mount Allison University (1942-1945). A Rhodes Scholarship took him to Oxford for further studies in English, after which he returned to Canada where he taught English and Drama at the University of Manitoba (1948-50) and Bishop’s University (1950-70). Arthur Motyer married Janet Speid in 1955 and they had two children; Dr. Michael Motyer and Gillian Allen (Motyer). While at Bishop’s University, he led the development and realization of the Centennial Theatre, giving Bishop’s the finest university theatrical facilities in Canada at the time. Returning to Sackville in 1970 as Purvis Professor of English and Associate Dean of Faculty, he immersed himself in the cultural life of campus and community. In addition to taking on the roles of Dean of Arts and Vice-President Academic, he served for many years as Chair of the Performing Arts Committee and of the classical concert touring organization Debut Atlantic, founded Windsor Theatre and the Mount Allison Drama Program, and was mentor and founding chair of Live Bait Theatre. In his retirement, he wrote two distinguished books, the novel What’s Remembered and a memoir, The Staircase Letters.Arthur Motyer died on June 23, 2011 in Sackville, New Brunswick. In September 2011, Arthur was posthumously awarded the Bermuda Arts Council 2011 Lifetime Achievement Award.

Upon the death of Arthur Motyer in 2011, the records were donated to Bishop's University by Gillian Allen, daughter in 2012.

The fonds is in good condition.

A finding aid is available.